This effort was discussed in my recent post about my trip to DC last week, and is described in further detail in a post from May of last year.  My letter was updated this year and some of the Montana patients active with Northern Rockies Lyme Disease Coalition efforts shared their photos to help further illustrate our presence in Montana.  The effort was coordinated by Sheila Bush and others involved in the 1,000 Letters Lyme Campaign. 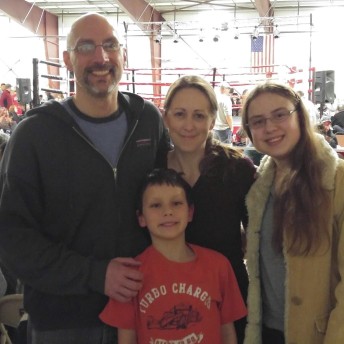 I am a professional federal biologist who contracted Lyme disease through a tick bite in the course of my fieldwork in Montana in 2010. Despite several acute symptoms and the onset of Bell’s palsy (a Lyme symptom) within weeks of the tick bite, I was told with absolute certainty by local doctors that it could not possibly be Lyme disease because “we do not have Lyme disease in Montana.”

I was misdiagnosed with Chronic Fatigue Syndrome for three years. During this time I became entangled in federal employment loopholes and nearly forced into disability. I was able to regain my job through a year-and-a-half-long formal, federal discrimination process.

After returning to work, I was finally able to travel out of state for adequate Lyme disease testing and treatment. Despite having untreated Lyme disease for 3.5 years, I responded very well to antibiotics over the course of several months, experiencing significant reductions in symptoms and increases in physical and cognitive stamina. However, I have since experienced a relapse in symptoms and am now struggling to regain my ability to work and to function as an active 39-year-old mother of two. I know many other Lyme disease patients who share the same story. Some of them have been on antibiotics for a couple of years, and each time they try to come off, their symptoms creep back. I also now know many other patients who contracted Lyme disease in Montana and neighboring states, and we all struggle to find adequate care in our state, as do the patients who contracted it elsewhere.

As a biologist, I struggle enormously with the lack of credibility I’ve seen presented and adhered to by the Infectious Diseases Society of America (IDSA) and the Centers for Disease Control and Prevention (CDC), and cannot believe the degree to which best available current science is disregarded in the diagnosis and treatment of Lyme. There is a large body of evidence-based science—more than 700 peer-reviewed studies—that is being ignored by IDSA and CDC, which is an outrage. Best available science leads to adequate treatment and diagnosis practices. Regulators, physicians, and patients need to demand scientific integrity and accountability.

disease guidelines. IDSA authors one set; the International Lyme and Associated Diseases Society (ILADS) authors the other. Members of IDSA brazenly refuse to adhere to the trustworthy standards for writing and reviewing medical guidelines as set by the Institute of Medicine (IOM). In fact, the National Guideline Clearinghouse (NGC)—whose national database of medical guidelines is accessible to doctors and insurance companies alike—repeatedly warned that if IDSA did not start adhering to the IOM standards, their outdated Lyme disease guidelines would be removed from the NGC database, and a few months ago that is exactly what happened. This is good news for Lyme patients, since it means that, for now, only the up-to-date ILADS Lyme disease guidelines can be found in the database.

Further, because of IDSA’s bad behavior, an unprecedented antitrust violation investigation was launched against its members several years ago. Many of them were found holding financial interests in pharmaceutical companies, consulting agreements with insurance companies, and patents in the inadequate Lyme testing. This is a clear conflict of interests. But in spite of all of the

above, the CDC continues to give preferential treatment to the corrupt IDSA Lyme guidelines, while ignoring the thorough and up-to-date ILADS guidelines, even while Lyme patients suffer in agony and perish. This is unacceptable. The members of the very organizations put in place to protect the health of the public are instead financially benefitting from our sickness. It is criminal and must stop. It is the reason why sick Lyme patients have traveled from around the country to march on Capitol Hill and to protest outside of the IDSA headquarters in Arlington, VA, and outside of the CDC headquarters in Atlanta, GA. So many more patients wish they could be here today but are too sick to travel, too broke to travel or both. We ask that you stand in solidarity with us. Please help spread the word about Lyme disease and please go to sites like change.org and moveon.org., where you can sign petitions asking that Lyme disease be legalized. You can also reach out to your representatives to ask the same.

You should know that in 2013 the CDC made a press release stating that there are now upwards of 300,000 new cases of Lyme disease in the United States each and every year, making it the fastest-growing infectious bacterial disease in the country! You are 6x

more likely to contract Lyme disease than you are HIV and you’re also more likely to contract Lyme than you are breast cancer, colon cancer, prostate cancer, MS, HIV, ALS, West Nile Virus, hepatitis, Ebola, Zika and many other conditions. Yet Lyme disease receives almost zero funding and the very doctors who are supposed to be diagnosing and treating us are relying on outdated statistics and guidelines. These doctors miss the diagnosis altogether, which can lead to devastating lifelong consequences for the patient. Additionally, many doctors are afraid to treat late-stage Lyme disease patients because they risk being stripped of their medical licenses for doing so. Some states thankfully have passed legislation to protect the heroic doctors who dare to treat us, but it isn’t enough. People need to realize that Lyme disease is everywhere! I’m living proof that it’s in the Northern Rockies. And of the 100 known strains of Lyme disease in the U.S., researchers have found more strains in the Southeast than in even the North! Further, you do not have to be “outdoorsy” to contract Lyme. I have a friend who lives in NYC who was bitten by a tick

when she went to the Brooklyn Botanic Garden for a couple hours. That’s right—she contracted Lyme disease in Brooklyn, NY! I also know several people who were bitten by ticks in their own yards, while gardening or just relaxing. And unless promptly diagnosed and adequately treated in its acute stage, Lyme is a serious medical condition. I bet you’re unaware that Lyme can cause lesions on the spine and brain, which is why neurodegenerative symptoms are so common, and it can also attack the heart, leading to death. The most shocking statistic of all: of the 300,000 new cases of Lyme disease in the U.S. each year, the CDC says that only 30,000 of them are reported. That leaves hundreds of thousands of sick patients who most likely don’t even know why they’re sick.

Lyme patients should not have to lose their ability to function as people, parents, or productive members of society. They should not be left to suffer in agonizing pain or with debilitating fatigue for the rest of their lives. They should not have to go to bed wondering if they’ll wake up the next morning. They should not lose their homes and go through their lifesavings trying to pay for treatment. The guidelines for the diagnosis and treatment of Lyme disease need to change ASAP, and doctors need the education and procedural freedom to properly diagnose and treat patients, understanding that:

Please learn what you can about Lyme disease and its co-infections so that you can protect yourself and your loved ones. If you ever do suspect Lyme disease, an excellent resource is ILADS.org. The site has loads of information and will also help you locate a Lyme Literate MD (LLMD). Whether you suspect Lyme or not, I recommend the award-winning documentary Under Our Skin: The Untold Story of Lyme Disease. You can find it on Amazon, Hulu or viewster.com. Or just scan the QR code below to watch it free on your phone. You’ll learn so much! 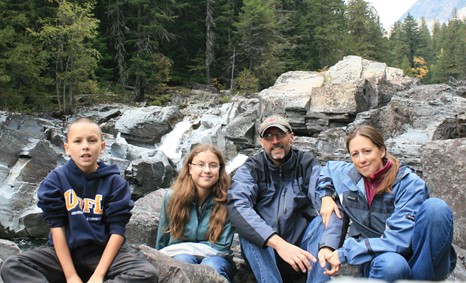 I miss the life and career I loved, the activities I once enjoyed with my kids and my Girl Scout troop, and my ability to run, hike and physically enjoy life. I took great pride in my intelligence, my quick wit, my accomplishments, and my physical strength. Now I must stay cognizant of how I’m feeling and of my energy levels; if I do too much in a day, I can easily wind up bedridden for the next week. I also have to rely on visual cues and notes to remember the sorts of things I used to do automatically, such as turning off the faucet after running a bath. These types of symptoms are typical of most Lyme patients. This disease has cost me too much. It is currently tick season—please protect yourself.

Thank you for reading my letter and allowing me to share a bit of my story.

← May 2016 Trip to Capitol Hill, IDSA Headquarters, and Lyme Policy and Science Forum
A Husband’s Advice ~ If A Loved One Has Lyme →