Posted by Angela D on May 28, 2015 in Awareness and Advocacy, Lyme Disease Challenge

My kids and I saw the Lyme Disease Challenge video that Doc Ivan did for Sheila Bush (No Relation) when it first came out and got a huge kick out of it.  A big tough guy taking time for our cause made us smile.  It was one of the first celebrity videos in my album on Lyme Peeps Challenge Albums and was posted here and elsewhere early on (the Challenge launched March 1 and this video was posted mid-month). 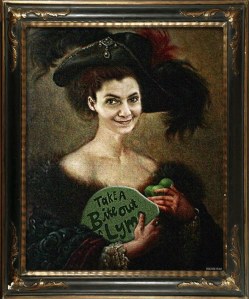 I thought the graphics he did of Sheila were awesome.  And was grateful when he did portraits of two of the Lyme Disease Challenge organizers, finding it a very touching tribute.

When those first few portrait-style-graphics were followed by one for ME, at Sheila’s request, I was totally floored.  I’d had some really great things happen through the challenge by then, which I still need to catch up on here.  But the timing of that gesture really blew me away.  In a nutshell, I’d had an emotionally challenging few days for personal, Lyme-science, and Lyme challenge related reasons.  So it was really amazing timing and very uplifting. 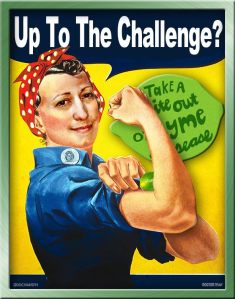 Also, though, the theme could not have been better.  It was Doc that came up with the theme, based on Sheila’s description, without even knowing there were photos of me in a Rosie costume on my profile.  It couldn’t have been more perfect in general, except that the muscle aspect of the photo and costume have been a long standing theme for me.  I miss my physical strength, and every now and then my sudden weight changes make my arms appear muscular.  It is most always a complete illusion, but it still makes me happy.  The very day this was made for me, I had notice the muscle-illusion had returned, and I had stood in my kitchen flexing, admiring my fake muscles in my microwave reflection.

He has since done a number of portraits of a number of Lyme Warriors active in the Lyme Disease Challenge, lifting spirits through this much appreciated, very special gesture.  The portraits can be viewed in a public album on Sheila Bush or Doc Ivan’s facebook pages.  And more of Doc Ivan’s work can be seen on his graphic design page. 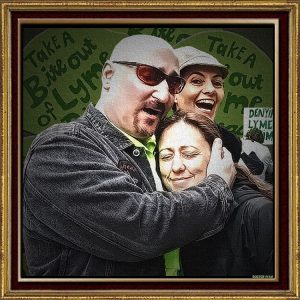 Beyond all of this, however, Doc Ivan came and stood with us in Arlington for the May 1 Mayday Project Rally at IDSA’s headquarters.  He was there with us all day long.  There were many hugs and many tears from patients who had seen his work or been in his work in his recent tributes.  It was my first time meeting a number of people I’ve known only on line.  Someone caught a picture of a moment very close to the first moment we met…..but I now remember that the very first moment I saw him I shoved him….but he understood that it was a compliment.

We got to talk a bunch though it is very crazy with so much going on, and you never get to talk to anyone as much as you want to. Heather Haynes, Brenda Cox Hutto, Rebecca Suchenski, Grace Pitschi, and Mimi Sharkey Eastman were a few of the people that were part of multiple special and or hilarious conversations. Mimi brought Doc a turtle, which was very sweet. His presence was very appreciated, 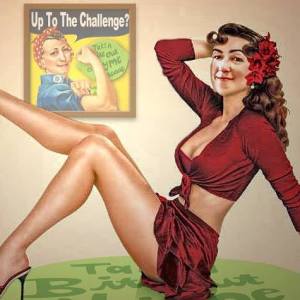 and I got to see the appreciation in heart felt thank you hugs a number of times.  The appreciation for the portraits was so touching to see, and it was apparent that he knew how much each of us appreciated the depictions of us as strong, sexy, and/or fierce.  I love all of the directions he’s taken these portraits, and by then he had done a few pin-up style portraits.  We talked about those, and the era and some of the artists.  As a folk dancer in high school, it was an era dear to me.  Although I was NOT fishing for another portrait, he added another of me in that style.  But he knew that the strength depicted in the original portrait was really important to me.  Making what he did next all the more special to me (he incorporated the Rosie portrait into the pinup portrait, breaking a personal rule, but making my day yet again). 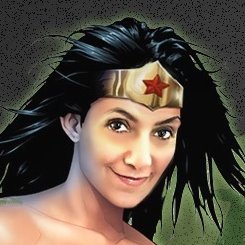 I love all of the portraits he’s done, but the hero rendition of Sheila was very fitting, and so many people I’ve come to know through the challenge have been captured so fittingly, I just can’t imagine how he does it each time.  After Arlington, he even did a second challenge video.  He really cares about this cause, and many remarkable people who know and care about Sheila (herself incredibly remarkable) have come to care about it through her.  I can’t do justice to Sheila in a post, but this portrait does a good job of it.

Stay tuned for catch up photos here and on facebook to see Doc in action with us in Arlington. 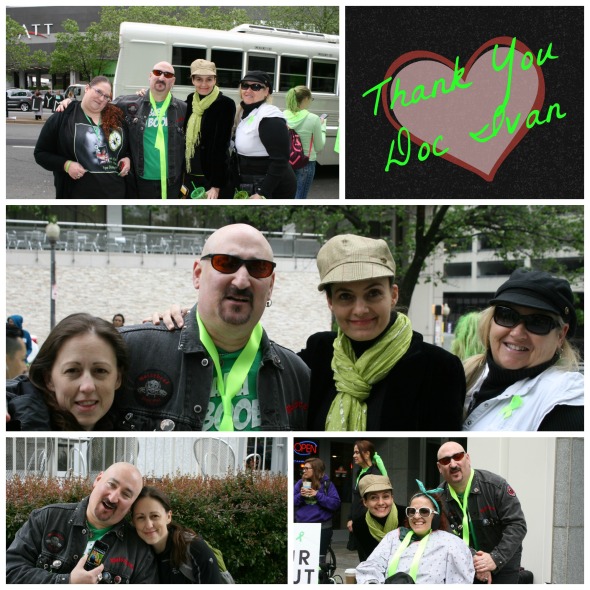 You’ll have to visit the albums on line that I linked to above, but I can’t help but add in a few more of the ones that make me particularly happy (there are many more than these….these are just a few, of people that I think won’t mind, but I’ll be checking to make sure). 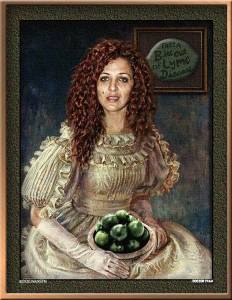 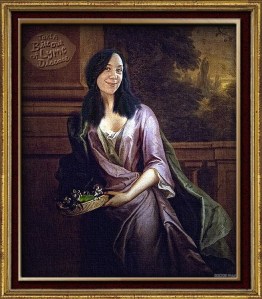 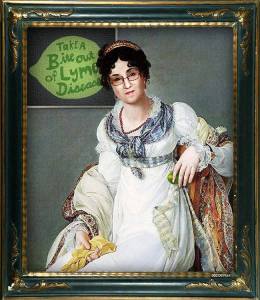 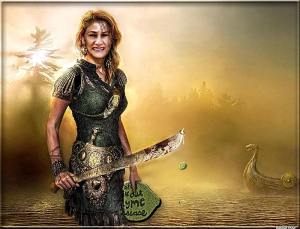