I’ve posted twice lately about state-specific proposed legislation (Massachusetts and Washington) because even letters from out of state expressing information and support for better care have been catching representatives’ attention and helping the Lyme-patient-residents of those states. 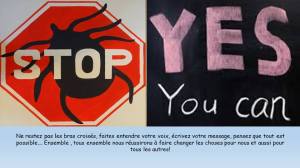 There is also, it turns out, a French Proposition (draft included below) that will soon go before the French National Assembly that needs support, and U.S. letters could (hopefully) help. I am hoping to find a little more information about the proposition because I plan to email and mail my support.  But here is what I’ve been sent and have seen so far on a related Facebook page.  The page is in French, but this is the answer I got from the page’s creator when I asked (elsewhere on Facebook) if U.S. letters would help, as posted on Invisibly Lyme Montana’s Facebook page:

Dear angela Thanck for your answer from USA! I’m sure that citizens of the world can work together toward that horrible struggle called Lyme disease. In our country the state doesnt want to recognize the present urgency of this pandemix disease. So 2 of our deputys wrote a proposition of law several months ago and they are going now to present it in front of the french national assembly…. That’s why i created this page on Facebook . Lot’s of patients are writting for weeks to deputys, french health minister and French President …. So i’m sure that it will be helpfull they receive mails from US patients or organisations such as yours. That ‘s an honor for me too…. Because together we can get the world smaller and have more efficiency against lyme disease around the world. Here in France we know your American Doctor Horowitz …. It’s a good person, very good doctor and also the one who understand that this silent epidemic have to be denoucend around the world …. so i give you sommes mails adresses with witch you can send to our political frenchmen. A special french “BONJOUR” for you and your friends.

I’ve included the group description here, as written, because I translated it through an online translator that probably doesn’t do the best job.  I figured I’d also provide it in it’s original form for those of you with better means of translation, but the internet translator version is posted below it.

“We need you . I need you . You all need that to advance the cause …. Thursday, February 5 for Mr. Bonnot bill on Lyme borreliosis will be discussed and voted in the French National Assembly. We also call to contact all members so that they support this bill ( proposal No. 2291 ) . We also ask that you contact members COMMISSION FOR SOCIAL AFFAIRS since before the end of any emergency in January it also looks at the bill”

I will follow up with an update here if I find more that can help with letter drafting.  Otherwise, I plan to adapt my Lyme Letter to show support by providing information, needs, and a portion of my own story.

IMPROVEMENT OF KNOWLEDGE
THE NUMBER, NEEDS AND CONDITIONS
ASSUMPTION OF PERSONS
OF LYME DISEASE AND
RELATED DISORDERS

Within two years of the enactment of this Act, the Government presents to Parliament a report on the management arrangements for people with Lyme disease and associated infections and its chronic aspects.

– The estimated number of people with Lyme disease and associated infections and its chronic aspects;

– An assessment of the ability of consulting units and Hospitality hospital sector and an assessment of foreseeable needs for resources and qualified personnel for the following ten years;

– Transmission modalities including through blood transfusion or sexual transmission;

– The method of detection and treatment of disease.

This report also makes proposals to improve the care of people with Lyme disease and chronic aspects.

Lyme disease and chronic aspects are, for continuing medical education a national priority themes mentioned in point 1 of Article L. 367-3 of the Code of Public Health.

A national plan for Lyme disease is implemented over five years from 2015 to 2020.

This plan will cover the following areas:

– Informing the public and professionals;

– Mandatory notification of personal data to the health authorities by doctors and managers of public and private clinical laboratory services and laboratories.

The charges that could result for social security agencies are compensated pro rata by the increase in rights under Articles 575 and 575A of the General Tax Code.

The charges that could result for the state are compensated pro rata by the creation of an additional tax on rights under Articles 575 and 575A of the General Tax Code.

The following explanation from the link above was of interest because it states a number of important aspects of Lyme that get missed or needlessly debated/dismissed in the U.S:

Lyme borreliosis, commonly referred to as “Lyme disease”, is a complex disease. It takes its name from the town of Lyme, the United States, where it was described for the first time in 1975.

The bacteria that cause Lyme disease is a bacterial complex Borrelia burgdorferi, which is transmitted to humans through the bite of an infected tick of the species “Ixodes ricinus”. Ticks become infected by feeding on the blood of certain animals, infected themselves (the “tanks”).

The European Centre for the Prevention and Control (ECDC English) estimated 12% of the number of ticks infected with this bacterium in Europe. The observed rates are particularly high in Austria, the Czech Republic, in southern Germany, Switzerland, Slovakia and Slovenia, where over 20% of adult ticks are infected.

It can develop over several years or decades, through three stages. Untreated and without spontaneous recovery in the first stage, after a possible dormant phase, the disease eventually may directly or indirectly affect most human organs, acute and / or chronic with different effects on different organs and patients, ultimately lead to physical and mental disabilities. Sequelae and relapses are possible. Diagnostic criteria, screenings, treatments, such as chronic aspect of the disease are currently the subject of controversy in the medical world, among the world’s experts.

It is ranked among the “borreliosis” because qu’induite by bacteria of the genus Borrelia, and among the “tick-borne diseases” since spread mainly (it seems) following a tick bite.

For reasons not fully understood, it is booming, especially in Europe, eastern and western United States. Present in 65 countries, it has become the most common of all vector-borne diseases in humans in the northern hemisphere. According to some studies, it has in 2009 exceeded the HIV incidence as it is the 7th most overt disease in the United States where once confined to the north-east, it continues to gain ground everywhere. In 2010, nine northern states have declared 66% of cases, the remaining 34% being reported in the rest of the country where the increase in the number of cases was 10% in two years (2008-2010).

This zoonosis affects humans and many wild and domestic animals close to humans (including for example dogs, cats, horses). Depending on the species and strain borrélie involved, the symptoms can be very different and are characterized by a nerve dominant, arthritic or dermatology.

Given the wide range of symptoms, Lyme disease can lead to many misdiagnoses, such as multiple sclerosis, lupus, rheumatoid arthritis, fibromyalgia, thyroid, chronic fatigue, depression, Alzheimer’s disease, Parkinson’s disease, autism and many others, the difference being that the symptoms often give way here to antibiotic therapy. In addition, it has happened that conventional tests, made repeatedly or in different laboratories, from one region to the other in France for the same patient, do not detect bacteria contamination in some patients.

One of the most painful problems of this disease, because of its complexity and multifaceted nature, is the denial of which is the subject especially in its chronic stage, leaving an impressive number of untreated patients in France (5000 cases officially registered in 2012 against nearly 1 million patients treated in Germany.

Furthermore, the European draft resolution No. 2003 was adopted unanimously summer 2014 which today requires us to treat this fundamental issue in our legal system.

Therefore, given this, it is proposed to legislate on Lyme disease and chronic aspects. 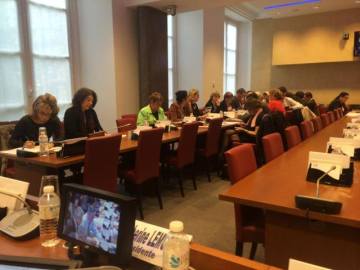 The commission for social affairs of the national assembly met this morning to examine The proposal for a law on lyme disease which i was rapporteur.
Unfortunately, the members of the majority have opposed the vote on the amendments that i proposed ; and more Generally in the vote of the whole of the proposal on the grounds that the current state of regulatory devices And publications courses on the subject allowed to consider at better the approach of this disease By the government. They also call into question the relevance of the legislative vehicle to address this issue.
They also argue that this issue could be addressed in the draft law public health ( which Is ironic insofar as they are contesting the legislative value of these provisions ). Or for the time being the different versions of this text do not address this issue.
We can only regret this position as we believe that it is Our responsibility to elected national representatives to capture of this type of subject to change the situation . indeed, the adoption unanimously of the proposal for a european resolution that we had Subject to discussion in june on the subject ( text adopted tacitly by affairs committee Sociales ) had enabled the release of the report of the high council of public health which calls into question good Number of certainty on the subject. In addition, the recommendations contained in the report to join the concerns expressed in the bill.
This finding supports us in the idea that when the national assembly is taking hold of a Topic, this helps to resolve certain obstacles and move the situation in the sense of a better Recognition and management of this disease.  As we have reiterated during the discussion, the fight against this disease should not be Source of dividing lines policies all that many practitioners and sick expect a lot of this text.  Also, we are counting on all of our colleagues, all sides in, to adopt this Proposal during the discussion in the hemicycle on 5 february next year.